How Soil Makes You Happy: The Effects of Soil on the Human Brain

As gardeners we already know that playing in the dirt is possibly the best and healthiest past time available. If there’s a better way to spend your time then lying in the mud, removing insects from your garlic bulbs, I certainly don’t know about it. Not only that, researchers have now provided us with a biological reason in regards to why we love soil as much as we do.

While previous studies had shown a correlation between childhood exposure to specific bacteria and having a natural protection against allergies and asthma, not much else was available in regards to the effects of soil, and specifically mycobacterium vaccae, on human health. Now, researchers say, soil can have a very positive effect on ailments; especially depression.

Around mid-2015 researchers from Bristol University and the University College London discovered that the natural bacteria may actually be providing gardeners with surprising health benefits and may not need to be ingested to do so.

What researchers discovered next is quite surprising. 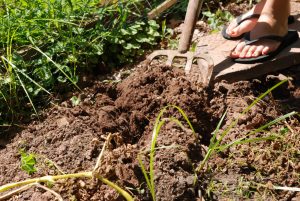 These English researchers found that mycobacterium vaccae stimulates the generation of serotonin and norepinephrine in the human brain. Specifically, the bacteria induce the neurogenesis of neurons that produce those compounds. In lay man’s terms, this means interacting with soil will make us happier by generating and releasing the chemicals in our brains that control happiness!

I always knew gardening was good for my health! 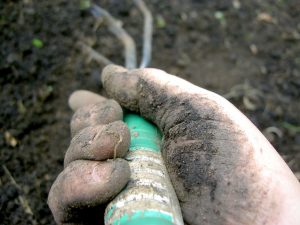 Mycobacterium is also being researched as an immunotherapy for allergic asthma, cancer, depression, leprosy, psoriasis, dermatitis, eczema and tuberculosis.

On the 24th of May in 2010, mycobacterium vaccae was injected into mice by researchers Dorothy Matthews and Susan Jenks of Sage Colleges in Troy, New York. What they found was shocking! Not only did it stimulate the growth of neurons in the mice’s brain, it also increased levels of serotonin and decreased levels of anxiety in the mice.

Turns out there’s a whole lot more in our dirt than we think!

“We found that mice that were fed live M. vaccae navigated the maze twice as fast and with less demonstrated anxiety behaviors as control mice,” said Dorothy Matthews. 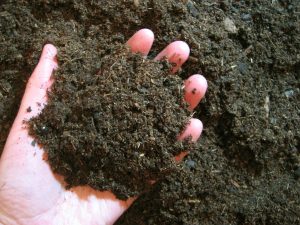 This means the mice were smarter, happier and less prone to anxiety after being served mycobacterium vaccae.

The next time you are having a bad day, remember to go play in the mud. You’re not only going to get dirty, you’re also going to get happy! And, if you are interested in trying mycobacterium vaccae for yourself, look no further than your compost pile. It is actually possible to dose yourself with this natural antidepressant by just breathing in the smell of good dirt1! Yes, it’s true, just a handful of dirt and a big whiff is supposed to be an absolute great depression remedy! So what are you waiting for? Go outside and play in the mud!

LFP locations will be returning to Fall/Winter hours November 7th

LFP locations will be closed for Christmas - open again Monday!

LFP locations will be closing early (at 4pm) for Memorial Day

LFP locations will be closing early (at 4pm) for Labor Day