A Story on How NOT to Get Rid of Gophers

As I reflect on my life, there is a treasure-trove of fond memories from the garden.

I grew up on a farm where we practiced what you all call “sustainable living”, although, back then, we just called it plain ol’ livin’ on the farm. Back in the 1950’s-1960’s, most families in our rural 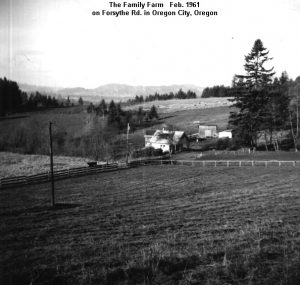 area raised their own food and bought very little food from the grocery store. When we did visit the local store, we bought the staples; flour, salt, sugar, coffee and yeast. Everything else we sourced by raising it from our land; meat, milk – yes, I was the family milk maid, though that is a different story – eggs and our own vegetables grown in a huge garden. If you can believe it, the  family garden was our main source of fresh vegetables for the entire year!

Our family garden was pretty large, about 5,250 square feet, with rich, black soil that went a good three to four feet deep. I grew up thinking that the entire world had this wonderful, rich, black soil in their gardens. It wasn’t until I started growing my own vegetable garden as an adult that I realized what a special place I grew up in. To be quite frank, it was a rude awakening.

My mother was an avid gardener and she grew enough vegetables for fresh meals every day from spring through fall. She was always tending to the garden or canning the extra produce we would need to last us through the upcoming cold winter months. By watching my parents tend to our family garden, I learned most of what I know about gardening today.

Our garden was more than just food – mother also grew flowers amongst the veggies. She had a beautiful and fragrant plot where she had a special fondness of her beloved roses. At the time, it was the envy of our neighborhood. I remember people coming down to our long lane to admire her garden and chat with her over coffee. It seemed there was always someone visiting our farm.

This all brings me to the story I am a little reluctant to share with you now. Something no one should ever do… EVER! 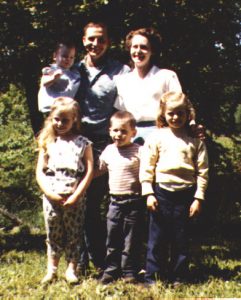 Here is how the fateful events of that day unfolded: My mother had gone to the store and left me in charge, as I was the oldest and always held accountable for anything that happened while she was away. I knew she was going to be gone for several hours and recently had been battling an invasion of gophers. If anyone has ever had gophers in their yard, you know that they are much more destructive than moles. They were destroying most of our root crops, like our carrots, potatoes and beets. Recently, they had even begun attacking her prized, beloved roses! She was extremely upset about the gopher issue. Being the fantastically helpful person I am, I took it upon myself to get rid of the gophers for good! I was just trying to make her happy.

At a young age, I had witnessed my Dad killing gophers with a very peculiar method, and it always seemed to work. Being the capable, hardworking woman my father raised me to be, I knew I could handle the task; with or without parental supervision.

I brought out a quart jar of gasoline and a box of matches – and yes, I know, we’re off to a great start already – and took my little brother Bobby by my side and started planning my next move. We had our other sisters and several neighbor kids that were always at our house to play around, but they were a little further away. Good, I thought. They will be able to learn something today.

My brother Bobby was my playmate growing up, and we got into some pretty interesting situations together, mostly instigated by me. He was my little partner in crime! This day was no different. I located and uncovered a gopher hole and made sure all the other holes were covered up. Bobby looked on watching in what can only be described as childish excitement and horror. As I was pouring the entire content of the gasoline jar into the gopher hole, I told everyone to get back into the house. I waited, what seemed like a lifetime, for the fumes to penetrate throughout the entire garden. Then, I lit the match and tossed it into the hole. It started as a small fire, followed by a great big wooosh that sounded like a giant, angry freight train closing in on me. I believe it was at that exact moment I yelled to my little brother, “Run for your life!”, as I was trying to cover up the hole and put the fire out. Dad never covered up his holes and, upon that realization, I could tell something was drastically wrong. When I finally decided that covering the hole was probably not the greatest idea I’ve ever had, terror set deeply into me and I turned and ran to the house as fast as I could. I looked back over my shoulder and saw the ENTIRE garden raise up about 1½ feet and heard a loud, but muffled, rumbling BOOM! It was an explosion for the ages. In one fell swoop I watched the entire family garden go haywire. Looking at the aftermath, all the vegetables and the roses were partially upright and leaning at an incredible angle. There were limp looking vegetables scattered everywhere. It was a gardener’s worst nightmare. 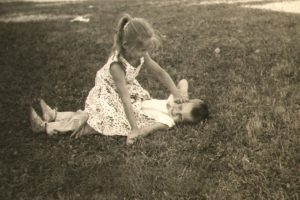 As you can imagine, I was quite shaken by the whole ordeal. It was around that point I turned to my brother, grabbed him by the shirt collar and whispered into his ear: “Don’t ever tell Mom about this! She can’t know what happened!” Mother came home a few hours later, jumped out of her car and did a survey of the garden. Later, as she was coming into the house, she was cursing those gophers something terrible! The garden never did fully recover.

Unfortunately, I never built up the courage to tell her what really happened to the prized roses she loved so much. My mother passed away not too many years after that, and there isn’t a day that goes by that I don’t think about that mistake. I killed my mother’s garden and I never got to confess my guilt to her. I now dedicate all my gardening to my mother and, should an unexplained gopher attack destroy my prized garden, I’ll have only karma to blame.

Moral of the story is… while I did kill the gopher, I also killed Mother’s roses that she loved so much. My advice to anyone who reads this is: learn from my mistake! Gasoline should never be in the same sentence as ‘garden’ and there’s much friendlier ways of tackling a gopher issue.